Our group also try to increase the transferability of the results to improve developmental traits mostly related to yield, fruit quality and reproductive success in crop species. We actively collaborate with companies and biotech platforms for these purposes and use specific calls to develop these objectives. We are doing some work with beans, peas, broad beans, lupines, chickpeas, millet, amaranths or quinoa, in contact with companies such as Ramiro Arnedo, Grefusa. 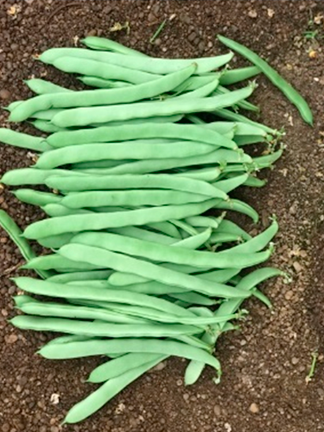 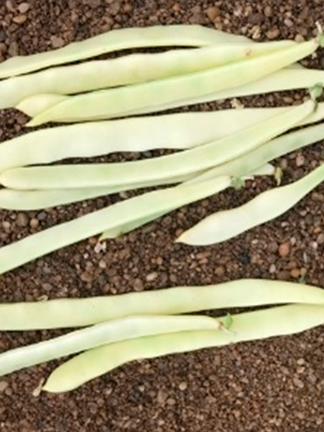 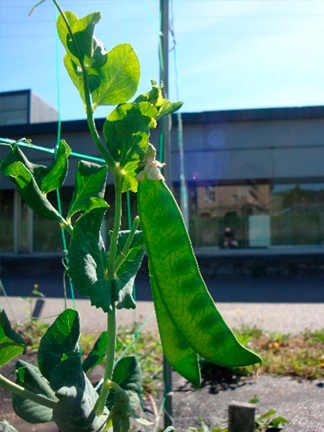 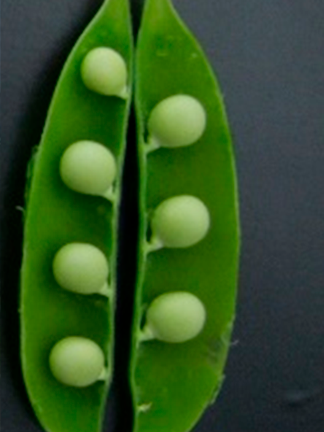 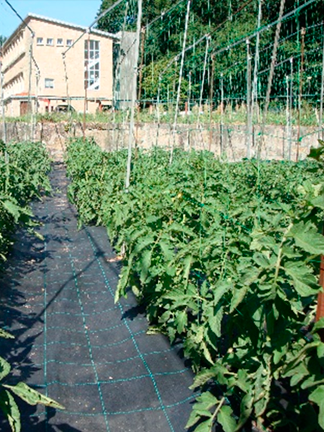 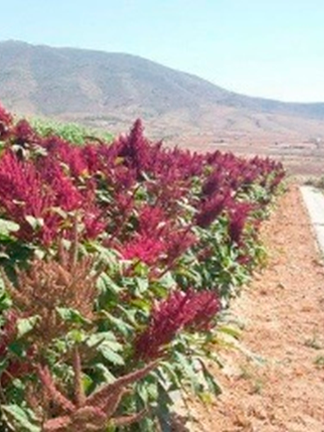 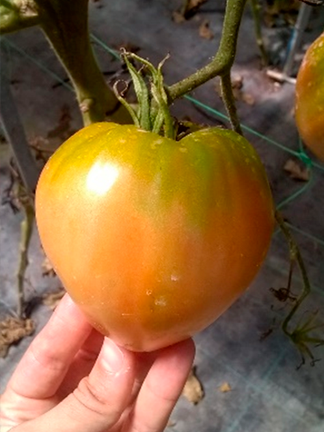 What patents are released 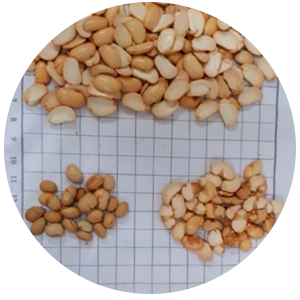 It is a new snack food that have as an ingredient the grain of the plant species of bean Phaseolus vulgaris variety PHASIPOP, a tropical grain legume; together with the processing and conditioning methodologies to obtain them. The PHASIPOP grain is low in fat and high in dietary fiber, protein, starch, iron, as well as fatty acids such as linoleic and linolenic, and can be considered a healthy target by nutritionists. Its nutritional value is not lost during the air expansion of the grain, and it becomes a product with a smooth texture that could be similar in texture to a peanut but with a lower fat content.

Unlike many grains that are emerging for the dried fruit market, PHASIPOP can be produced in Spanish production areas, it does not have to be exported from other countries. It is adapted to be produced in summer growing conditions as well as in winter greenhouse growing conditions. The growth of the crop is the same as that of other horticultural bean plants. All this implies that it can be produced in production areas of Spain, in the same way as other horticultural crops, assuming savings in production costs and grain harvest for the market. 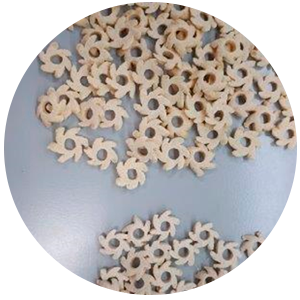 It is a new snack food that have as an ingredient the grain of the plant species of bean Amaranthus cruentus variety AMAPOP, a tropical grain legume; together with the processing and conditioning methodologies to obtain them. The interest of this grain lies in its potential as a raw material to become an aperitif after the heat expansion of the grain. It has a commercial potential due to its extrudability, being able to be transformed into a suitable flour by itself, or to mix with flours from other sources (for example cereals), and constitute a pellet-type snack. The properties that make it a superior food product to others used in nuts are those such as a gluten-free, a high protein content well balanced in terms of the amino acids, a low content of total lipids, a high starch content, a high amount of soluble and insoluble fiber, and provides good fats due to its high content of linoleic acid. These properties make the AMAPOP grain a product with a high nutritional level, which will allow diversifying the diet, providing excellent quality nutrients. It could be recommended for vegans and vegetarians, who are looking for high-quality plant proteins. In addition, as it does not contain gluten, it is ideal for the diet of celiacs. Its nutritional value is not lost during the air expansion of the grain, and it becomes a product with a crunchy texture that can be used as a nutritious cereal or to give a touch of texture to yogurts and creams. 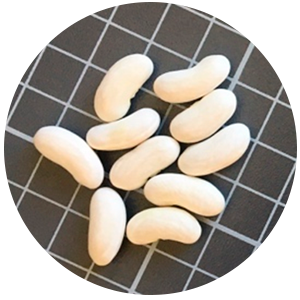 It is a new bean that have a double use for its dry seeds and fresh pods of the plant species of bean Phaseolus vulgaris variety MAMEDE, a tropical grain legume; together with the production methodologies to obtain them.

MAMEDE has a promising characteristic of wide adaptation to Spanish growing conditions, and good grain and pod quality, as well as multiple resistance of the seed to the pathogens of common bacteriosis (Xanthomonas campestris pv. phaseoli), halo blight bacteriosis (Pseudomonas syringae pv. phaseolicola, and BCMNV / BCMV.

BACK TO GENETIC RESOURCES
We use cookies on our website to give you the most relevant experience by remembering your preferences and repeat visits. By clicking “Accept All”, you consent to the use of ALL the cookies. However, you may visit "Cookie Settings" to provide a controlled consent.
Cookie SettingsAccept All
Manage consent

This website uses cookies to improve your experience while you navigate through the website. Out of these, the cookies that are categorized as necessary are stored on your browser as they are essential for the working of basic functionalities of the website. We also use third-party cookies that help us analyze and understand how you use this website. These cookies will be stored in your browser only with your consent. You also have the option to opt-out of these cookies. But opting out of some of these cookies may affect your browsing experience.
Necessary Always Enabled
Necessary cookies are absolutely essential for the website to function properly. These cookies ensure basic functionalities and security features of the website, anonymously.
Functional
Functional cookies help to perform certain functionalities like sharing the content of the website on social media platforms, collect feedbacks, and other third-party features.
Performance
Performance cookies are used to understand and analyze the key performance indexes of the website which helps in delivering a better user experience for the visitors.
Analytics
Analytical cookies are used to understand how visitors interact with the website. These cookies help provide information on metrics the number of visitors, bounce rate, traffic source, etc.
Advertisement
Advertisement cookies are used to provide visitors with relevant ads and marketing campaigns. These cookies track visitors across websites and collect information to provide customized ads.
Others
Other uncategorized cookies are those that are being analyzed and have not been classified into a category as yet.
SAVE & ACCEPT